Boortmalt, Buckiedon’t do tours… but if they did……..
Their motto is reminiscent of Henry Ford’s ~ you can have any variety of barley you wish, as long as it’s Concerto… 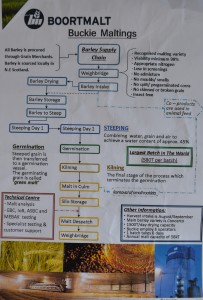 They malt 58,000 tonnes of barley a year, in 580 tonne batches. The largest batch in the world.
They make unpeated distilling malt.
They steep for 2 days, germinate for 4 days, kiln for 2 days.
The barley is sourced locally from NE Scotland after the harvest in Septemberand procured through grain merchants .
They have 7,000 tonnes of malt storage on site. 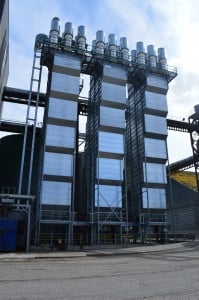 The barley is dried at a rate of 20 tonnes per hour in these huge driers. The moisture content is reduced from 18%-12%.
Once dried it goes into dormancy for 8-10 weeks.
15,000 tonnes are stored in this silo. What a wonderful atmosphere inside this cathedral ~ the barley is living, sleeping and breathing ~ one can feel it. 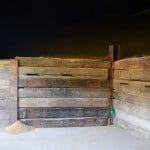 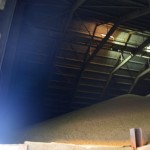 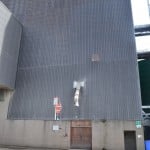 The barley now goes to be steeped and aerated.
There is 150,000 litres of water per steep and there are 10 steeps. The barley is soaked and drained and soaked again. There are 5 minutes of aeration per hour. 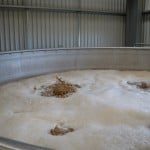 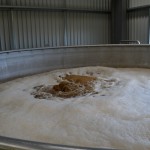 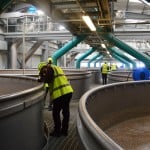 The aeration is fantastic, the liquid curves and roils ~ it remined me of the time a shoal of herring came into Loch Indaal, just off Port Charlotte pier. They were following an equally large shoal of fry. The frenzy in the water was amazing, it was boiling! We were bringing up a fish on every one of the 8 hooks on the darrow. Some herring still had whole fry in their mouths when we hauled them into the boat.
Anyway…, after steeping and achieving a water content of approx. 45% , the barley transfers into this huge yellow spaceship to germinate. 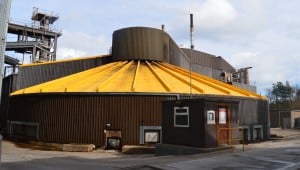 There is a slowly revoloving floor in here. One revolution takes 5 hours. The louvred floor of the malt ton allows recirculation of fresh air. The germinating grain is called ‘green malt’, as you can perhaps see from the video:

Germination is stopped by circulating hot air through the malt to dry it. Fans of 800 kw are used. Around 4% moisture is aimed for. A gentle kilning is done over 2 days, with the temperature topping out around 72* centigrade.
The small rootlets are removed and used in animals feed, the assessed malt is then sold to various distilleries to make our lovely #Scotch Whisky.
Thank you to Gary Lawton, Allen Findlay and Brian Cant for looking after us so well. And, for our special dram of “Buckie”….! 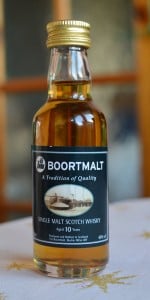