Whisky for Girls are heading to London. Alywnne Gwilt of www.misswhisky.com invited me and 5 other whisky girls to talk about our interest in whisky, our place in the industry, and to present a dram at a Whisky and Women Workshop.
Whisky for Girlsleave Islay on Thursday 19 April to be at the Royal Horticultural Halls near Victoria for 6 pm on Saturday. The London Whisky Festival is being organised by The Whisky Lounge http://www.thewhiskylounge.com/book-now/whisky-lounge-fest-london-2012-4/
Whisky for Girls will talk about, anddo a tasting withJim McEwan’s Black Art 3rd Edition.

I went down to Bruichladdich on Thursday oflast week. Jim and Duncan (General Manager),Mary and Julie and all the staff were so helpful and kind.
Jim McEwan told me too many stories to fit into the presentation time I have. Mary and Julie told me all theyknow about Black Art ~ which is not all that much as McEwan keeps his black art secrets very close to his chest ~ not even his wife Barbara has been able to inveigle the secrets from him!
Away back in the day, all whisky making was regarded as a black art! It still is ~ it is magic. How elements of earth, air, fire and water can combine to create something more than the sum of their parts is magical. In the olden days when all the farms had a distillery, a still at least, the ancient art of distilling was a closely guarded secret. The ‘guager’~ the excise man was on a mission to stop the creation of barley spirit, unless it was in a way, and to a formulae that ‘the powers that be’ deemed acceptable. No one should be meddling with spiritual creation unless they were ‘authorised’. Who deemed themselves in a position to bestow this authority was a matter for dispute. Luckily, the spirit from the stills became stronger than the spirit of repression.
I chose to present Black Artat the festival,as oppose to many of the other wonderful Islay Malts, as I felt the name of the dram and the magical aurasurrounding the expression went well with the atmosphere of my Wild and Magic Islay travel company ~ of which Whisky for Girls is part www.islaywhiskyconnection.scot
Wild and Magic Islay travel company bring people to Islay to share the magic of the island, to allow them to experience for a short time, a different way of being in the world.
It is a magical, spiritual experience being out in nature, being part of the elements. The people who experience a dram of Black Art at the London Whisky Festival will feel a tingle of that magic.
Jim McEwan won’t reveal the secrets of his Black Art, but Whisky for Girlsbelieve that the special few who come along to this workshop will be able to start unravelling the secrets of this, and many other magical malts for themselves.
Black Art 1989~ 3 rd Edition 22 years old, MAGIC IN A GLASS 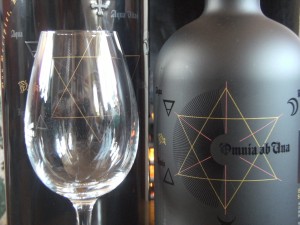