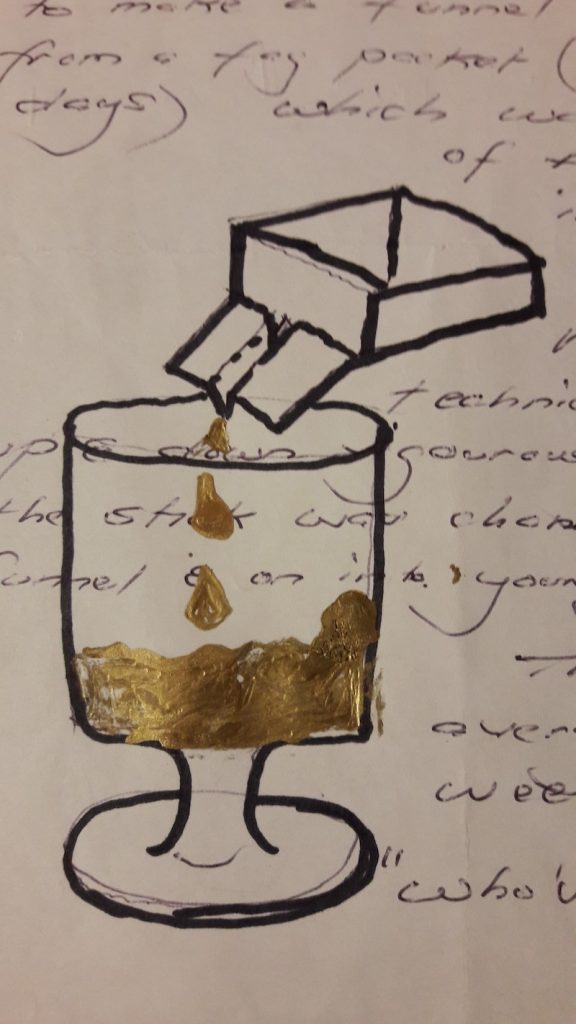 One was to remove a stone from where the pipe from the still to the spirit storage tank passed through a wall. Drill a hole in the pipe (very small) then insert a wooden plug. So that any time the foreman was not about, the stone could be removed, the plug taken out and a wee dram consumed!

Another ingenious thing to do was to make a “funnel” out of the silver paper in a cigarette packet (they all smoked in those days) which was moulded around the base of the square box wood dipstick in the intermediate spirit receiver. Move the dipstick up and down vigorously and the run off from the stick was channelled into the silver funnel and on into your glass..! As we all know – necessity is the Mother of invention…..