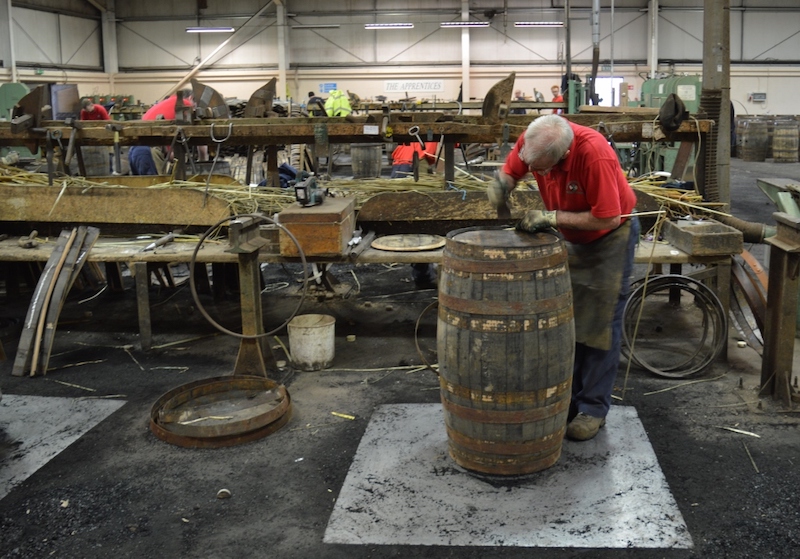 Cùbaireachd – in Gaelic working as a “cooper”  To train as a cooper takes an apprenticeship of seven years – maybe 5 nowadays. One trains for a similar time to be a medical doctor, an architect or veterinarian. This seven year apprenticeship was also undertaken by storytellers – people who held the history of a culture and people.

Diana Twede relates that small wooden buckets and tubs have been found in Egyptian tombs. A tomb wall mural dated 1900 BC depicts a wooden tub used for holding grapes during the harvest. Alongside this small vat is a man who may have been the cooper who constructed it. We can deduce that perhaps coopering can be held up alongside prostitution and money lending as one of the oldest professions…. creating links between whisky and sex and money….. no change there, then!