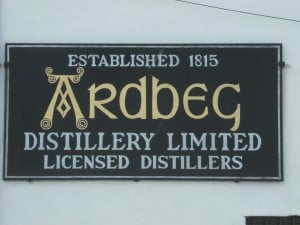 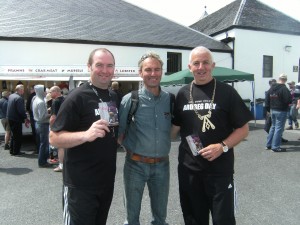 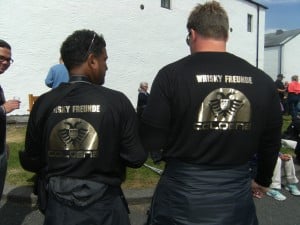 In thefestival bottle queue, Whisky for Girls met John and Glenis ~ a couple whose love affair with whisky created their own love affair. They were married in Islay in a romantic ceremony with a couple of strangers as their witness. They have an amazing collection of rare Ardbegs. Glenis hunts them down, presenting John on his birthday with bottle number 4700 from the Japanese market, released in 2002. ‘I hound people until they give me what I want’ Glenis told me! 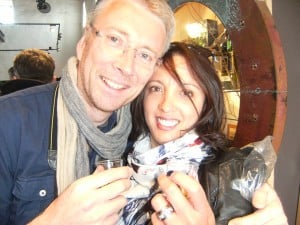 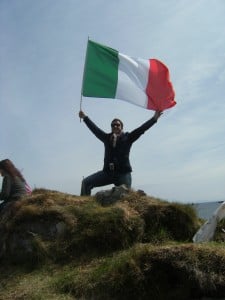 And Manager’s wife, Margaret was crowned Queen of Ardbeg 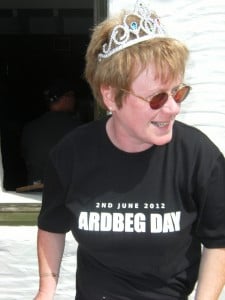